CULTURE AND LIFESTYLE IN GHANA. 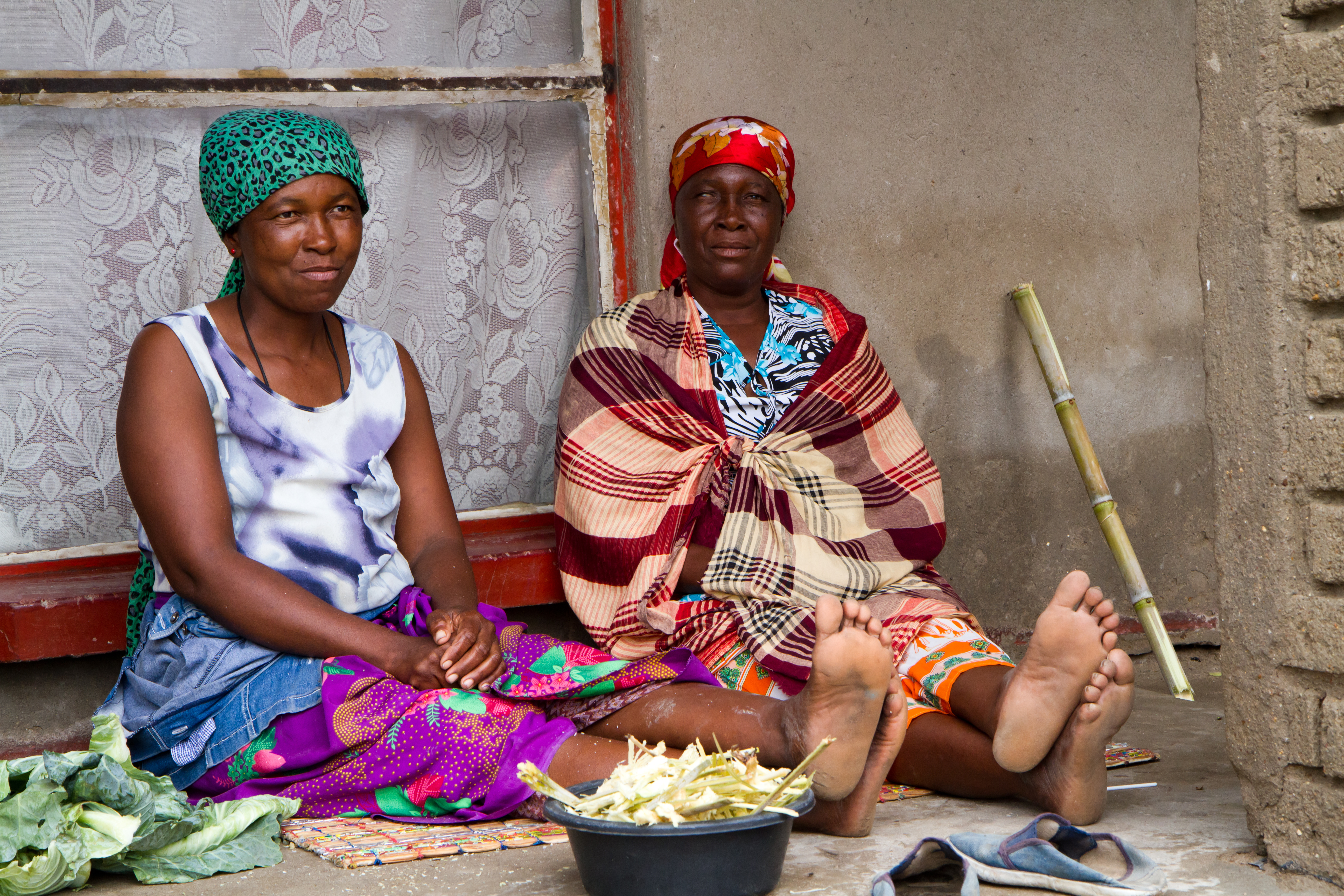 The Central Region has Cape Coast as its regional capital. Historically the region was part of the Western Region until it was separated just before the 1970 population census. Being the third smallest region after the Greater Accra Region and Upper East Region. , it covers an area of 9.826 square kilometers. It is made up of a lot of tourist sites and hence known as the heart of tourism in Ghana. The likes of the Kakum National Park, Hans Cottage, Elmina and Cape Coast Castle, Monkey Sanctuary makes it always filled with visitors. The region is made up of Fantes but some of these Fante tribes speak different languages. We have the Efutus, Assins, Gomoa, and so on. Recognized among them is the Aboakyir festival of the people of Winneba, Bakatue of Elmina as well as Edina Bronya, Akwambo festival of the people of Agona, Okyir Festival, of the Anomabo people, Nyeyi and Tuakron of the people of Komenda, and the Oguaa Fetu Afahye of the people of Cape Coast. The Fantes are well noted for ‘Etew’ / ‘Fante dokonu’ and pepper with fried fish or okro soup or fresh fish stew.
Etew with pepper and fish Etew with fresh fish stew.

Sekondi-Takoradi, also known as the oil city is the Capital of the Western Region. The Western Region is located in southern Ghana, it spreads from the Cote D’Ivoire border in the west and Central Region in the east. It includes Ghana’s southernmost location, Cape Three Points, where crude oil was discovered in commercial quantities in June 2007. The Western Region has the highest rainfall in Ghana, lush green hills, and fertile soils. There are numerous small and large-scale gold mines along with offshore oil platforms dominating the Western Region economy. It is also made up of Akans of different backgrounds. We have the Ahantas or the Nzemas. These people celebrate the Kundum Festival and have ‘Acheke’ with grilled fish and pepper as their native food.

The Eastern Region of Ghana has Koforidua being its capital. The region is rich in minerals like bauxite, diamond, gold among others. It’s the sixth largest region of Ghana and the third most populated region. It is noted for the popular Adomi Bridge and the Akosombo Dam. Due to the nature of land there are a lot of ranges, scarp, valleys and mountains. It also has beautiful setting which makes it an impressive tourist site. The region is made up of the Akuapims, Akyems, the Guan, and krobos. Apart from farming, hunting and trading are also industrial activities that go on there. Festivals celebrated there include the Ohum and Odwira of the people of Akuapim, Bobum and Ngmayem for the Krobo’s. The people of the Eastern region usually eat ‘Ampesi and Aboom’ (boiled plantain, yam, cocoyam, cassava with garden egg stew.)

The Brong-Ahafo Region is located in the southern part of Ghana. It was created in the year 1959. It is recognized as the food basket of Ghana. Economic activities like mining, farming and construction are popular there. Another tribe of the Akans live here. They are the Bono’s and the Ahafos. The Guan, the Mo or Dagba are also found in this region. The region is noted for the Fiema monkey santucaury. The food that’s associated with this region is ‘Ampesi’ and ‘Kontomire’ stew with ‘koobi’.

The Northern Region is the largest region of Ghana occupying a land area of over 70,000km. The capital city of this region is Tamale. It is a great transit point with a huge market potential. Being land logged, the region compensates for not having a sea with a wide range of great lakes and lagoons which are just a natural wonder like the black and white Volta, River Naisa and the rest. Tourist sites like the Larabanga Mosque and Mysterious Stone, Mole National Park and the Salaga Slave Market. Festivals noted here are the Damba and Gobandawu Yam Festivals. The people of this region are noted for being lovers of ‘Tuo Zaafi’ or Rice ball with groundnut soup and beans.

With the Upper East Region being the main border point between Ghana and Burkina Faso, its capital, Bolgatanga has a market which is number one for traders from all walks of life. It’s a region noted for beautifully woven clothes, baskets and quality leather. The whistling rock of Tongo, Naa Gbewa Shrine, Paga Crocodile pond and the Navrongo Mud Built Church are great sites tourists take keen interest in. Farming of groundnut, millet, and guinea corn and yam is very popular here. The food that is attributed with these people is ‘rice ball and groundnut soup with beans’.
The Volta Region of Ghana is located on the Eastern Borders of Ghana. It is the last region created, and made up of basically the Ewes. The Mountain Afadjato is one site to behold in the region not to talk of the Wli and Tsatsadu water falls. The people of Anlo, one of the Ewe tribes celebrate the Hogbetsotso festival. ‘Akple and okro’ soup is the most popular food in this region. Ho is the Capital town of the region.

The Upper West Region has a land area of 8,842 square kilometers (3%) of Ghana’s total. The Dagarba, Lobi, Sisala, Vagla and the Wala, all of who speak distinct languages, inhabit this region. It is the gateway to Ghana from Burkina Faso, which is a traditional crossroads for the Trans-Saharan trade routes. An exciting introduction to Ghana, much of the landscape is broad savannah grasslands, dotted with the strange-looking baobab trees, or striking Sahel terrain. In the villages, with their distinctive round huts, communal activities go on as they have for generations. Its members eat tuo zafi and ayoyo soup. The Upper Westerners are basically farmers of millet sorghum, maize, groundnut and mango.

One of the regions in Ghana that is very notable is the Ashanti Region. This region has it folks everywhere. They are very loyal and patriotic. Some others term them as being egocentric. It has Kumasi as its Capital. It is the gateway to the rich Ghanaian culture with a lot of gold mining areas. It is the third largest region. About half of the population is involved in trading. The Ashanti’s do a lot of ‘Fufu and soup.

A lifestyle reflects an individual’s attitudes, way of life, values/word view. It is therefore a means of a sense of self and to create cultural symbols that resonate with personal identity. It could be positive or negative depending on the impact it has at the end of the day on the individual and the nation as a whole. In Ghana, there are so many life style practices. Some have actually become a part of the lives of people thus a habit. These practices are both positive and negative. Some of the negative ones include; smoking, alcohol consumption, physical inactivity, indiscriminate sex and teenage pregnancy. These practices are driven by both intentional and unintentional reasons. Some positive attitudes include’ healthy eating, personal hygiene and sanitation, and time consciousness. A lot of people have bad lifestyle which have tremendously affected their lives.
There so many things that make the Ghanaian society unique. A lot of them are still standing because of the urge to preserve and maintain culture. By living a positive lifestyle void of sicknesses, a better standard of living, and by awareness programs to promote a good lifestyle, the country would go a long way. 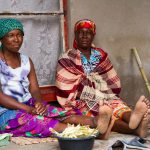