CULTURE AND LIFESTYLE IN GHANA PART 2 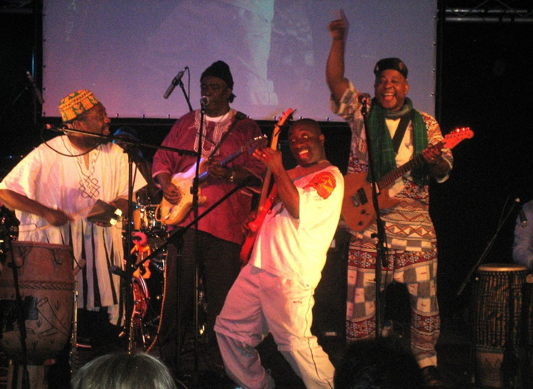 The country of Ghana is noted for very beautiful and interesting lifestyle practices. These practices have to do with music, food, dressing, collectively; the culture of the Ghanaian. They make them who they are and portrays the rich Ghanaian culture.

In Ghana, there are many styles of traditional and modern music due to Ghana’s cosmopolitan geographic position on the African Continent. The best known in modern genre originating in Ghana is the ‘Highlife’. It uses the melodic and main rhythm structures of traditional Akan Music but is played with Western Instruments. During the Gold Coast era, rhythms from various phases were all combined and that became highlife. Until the introduction of Hiplife and others, Highlife was the preferred music genre.
It is characterized by Jazzy horns and multiple guitars which lead the band. It originated in the 1920’s when Ghanaian music incorporated foreign influences like the foxtrot and calypso with Ghanaian rhythms like ‘Osibisa’. Highlife was associated with the local African aristocracy during the colonial period and was played by bands like; The Jazz King, Cape Coast Sugar Babes along the coast. The high class audience who enjoyed the music in exclusive clubs gave the music its name. The people outside the club called it highlife as they did not reach the class of people going into these exclusive clubs who not only paid high entrance fees but also had to wear full evening dress.
People dancing to highlife tunes.

In the year 1930, this genre of music spread to other countries like Liberia, Nigeria, and Gambia. The music diverged into dance band high life and guitar band highlife. The dance band highlife is rooted in urban settings as the guitar band highlife featured small bands singing and drums. Some of the artistes involved in this genre of music include; Pat Thomas, George Darko, Gyedu-Blay Ambolley
E.T Mensah, Awurama Badu, Amakye Dede, Kakaku, Kojo Antwi, Osibisa. Most of these artistes are alive and doing very well.

In Ghana, the Music and Movie Industry usually finds its way into the news one way or the other. Both industries are very vibrant in the nation and are doing very well to take it to greater heights in Ghana and the entire world as a whole.

There are established music labels and management teams artistes are signed up or affiliated to. Some of these labels include Lynx entertainment, Kaywa, Ruff n Smooth, Cebex Music and the likes. These managements or labels are made up of people who have been in the music industry for quite some time. These people train their associates to make them better people. Unfortunately before an upcoming artiste can get their profile in the spotlight a lot happens. Some do not survive these time and end up crushing their talents. Recently issues have come up that the President of the Ghana Musicians Association, Bice Osei Kuffour isn’t helping the union become a better one. Comparatively, our Nigerian counterparts are doing better and are ahead in the game when it comes to standards in the industry. There is the Gospel Music which has both contemporary and local, dancehall / reggae, highlife, hiplife.

The Ghana Movie Industry and the Film Producer Association are two separate bodies that have to do with making sure the movie industry in Ghana grows. Though the industry is not as vibrant as it used to be before due to the influx of foreign movies and telenovelas which are more patronized by the Ghanaians. The works of the local movie industry also known as ‘kumawood’ is more popular than the Gollywood. A lot of the Gollywood actors and actresses have taken to acting with the Nigerians or basing in Nigeria for greener pastures. Some of the popular names include; Yvonne Nelson, Yvonne Okoro, Van Vicker, Majid Michel, Jackie Appiah, Kofi Adjorlolo among many others. Lil win, Maame Serwaa, Akrobeto, Agya Koo, Mercy Asiedu, Nana Ama McBrown, and the likes are also making great strides in the local movies sector, that is; Kumawood.

Each tribe in Ghana and what they consider as a tradition. Usually a traditional costume or attire is worn during festivals, funerals and marriage ceremonies. Even though Ghanaians have seen new trends with regards to fashion, their costume always has in it a touch of heritage and culture. The people of the southern parts of the country have their women wearing “kaba and slit” while their men wear cloth in a way that’s called “fra ntuma” or “tu ntoma”. The Northern parts usually wear “fugu” also known as smocks. Each ethnic group represents themselves in a unique way anytime the need be. These attires or costumes go with accessories like beads, raffia hats, traditional slippers made from animal skin.
Below, we can see a beautiful lady on the right in a beautiful kaba and slit as well as the first and second lady, also in kaba and slit. The men traditional attire is also demonstrated below.

The most famous and well celebrated fabric in Ghana and across the borders of this country is the ‘Kente’. The history of this fabric can be traced to the Ashanti Kingdom. The word ‘kente’ means basket. Some people call it ‘nwentoma’ which means woven cloth. This history is associated to a town called Bonwire in the 17th Century. It is believed that, two farmers; Ota Karaban and his Kwaku on their way home from the farm saw a spider weaving its web. They stood and watched how it starts from nothing and ends up in a beautiful web and realized they can try doing something similar and more beneficial. They got home and tried doing same by the use of a raffia fabric.
Men weaving kente in a picture below:

At the end of the day they got a product and upon showing it to their chief who showed it to a higher authority, the fabric got recognized. The kente fabric was adopted for the Ashanti kingdom as a National cloth. It’s one of the worldwide recognized fabric though indigenous. Kente is a handicraft. The weavers use loom together with their hands and feet. It’s not an easy activity and hence not surprising at all the end product. It represents a lot of history apart from its aesthetic nature, kente based on colour and how its woven has different names. The colour men wear is different from what women lie to wear just to communicate on gender.
The most expensive and reputable of all the kente is called ‘adwene asa’ which means ‘my skills are exhausted’. It is believed that only one master craftsman can weave it. Apart from the Ashantes, the Ewes also weave kente. Theirs is called “kete”. The Northerners weave theirs too. All these various types have unique qualities based on where they come from. This uniqueness is based on materials used and method of weaving.

Pop culture is defined as music as music, movies, and ideas that are considered accepted and popular by a majority of the people in a particular place. It could be music, movies and ideas. For example; in recent times, the dashiki fabric, also known as Angelina has become one of the most popular fabric on the fashion scene.

Usually sewn in the form of a top, it is being used for various occasions including beach wears. The fashion trend has become popular even out of Ghana. A lot of music like the dancehall genre has become a trend.
These kind of songs are played at almost every occasion.
Currently, a movie has been the topic of the day. Cinemas are showing it and its being commented on all around social media. It’s called; ‘Black Panther’. The Akan people in Ghana are one of the few matrilineal societies in West Africa. This system of the Akans continue to be very economically and politically important. They are noted for their skill in metallurgy, wood carving, ceramics and weaving. The Akan languages are very rich in proverbs.
The Ga-Adangbe or Ga people are basically fisher folk with more than 75% of the population living in urban centres. It is a crowded place as there’s increasing migration of other people into the area.
The Dagombas speak Dogbanes and are located in the Northern Region. These people are mainly traders.
The Ewes follow a patrilineal structure. They are more traditionally inclined in terms of religion and believe. These people are mostly farmers and fishermen.
Formerly women were seen as home makers, bearers of children, kitchen based among a lot more. The female gender roles have evolved tremendously. The working class of Ghana comprises of 43.11% of women. They have taken up lead roles in business, politics, education, entertainment and religious setting.
Ghanaians are also noted for highlife, traditional music and choral music. When it comes to dance each tribe is associated to a particular dance. The likes of kpalongo, agbadza, adowa, apatampa, bambaya, patsa are all types of dances some tribes in Ghana do. In the world of hiplife, dancehall, dances like shoki, azanto, shakitibobo, dab, alkayeeda, booyeey, shakushaku are moves people make as a way of dancing.
In Ghana, sexuality is not a topic of discussion. It’s even now that sex is a bot mentioned publicly. Even that, it’s with some sort of caution. Ghanaian weekends are filled with parties, attending weddings and funerals. Usually Ghanaian dishes consists of a starchy part, with soup /sauce/ stew. Protein accompaniment usually consists of fish, meat, snail, shrimp and mushrooms.
When it comes to sports, Ghanaians are mostly into football and boxing though other sports like; table and long tennis, hockey, javeline, shotput are also available. Names like Abedi Pele, Azumah Nelson have made great stride in the football and boxing world.

These lifestyle practices have changed overtime, though some are still like the way they have been years ago. The changes are basically due to economic issues, influence of the Western Culture, education among others. Culture is a very important aspect of the history of a country and Ghana is not an exception. 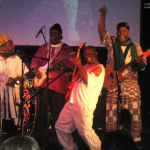